Assessment of the Draft Budgetary Plan 2021

END_OF_DOCUMENT_TOKEN_TO_BE_REPLACED

MFAC Publishes Assessment of the update of Stability Programme 2020-2021

END_OF_DOCUMENT_TOKEN_TO_BE_REPLACED

The MFAC endorses the macroeconomic forecasts for the period 2019 to 2020 prepared by the Ministry for Finance as part of the Draft Budgetary Plan 2020. Click here to read our letter of endorsement.

END_OF_DOCUMENT_TOKEN_TO_BE_REPLACED

The role of fiscal policy for sustainable economic growth – Conference in Malta.

The European Commission Representation and the Malta Fiscal Advisory Council co-organised a half-day conference to discuss the role of fiscal policy for Malta’s sustainable economic growth. The event provided an opportunity to exchange views on key issues relating to the conduct of fiscal policy and the challenges and opportunities ahead now that Malta registered a fiscal surplus, achieved its Medium-Term Budgetary Objective three years ahead of schedule, and complied fully with the fiscal rules prescribed by the Stability and Growth Pact and the Fiscal Responsibility Act. Speakers from key Maltese and foreign institutions presented their views on issues ranging from the budgetary process in Malta, fiscal and structural reforms, fiscal challenges, the Commission’s assessment of compliance with fiscal rules for the euro area countries, debt sustainability and the role of independent fiscal institutions. In the second part of the conference, a panel of experts discussed ways how the role of fiscal policy in the structural reform process can be improved. 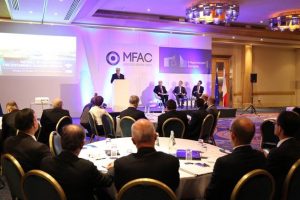 More photos can be accessed on: https://flic.kr/s/aHsm4TjSDG

END_OF_DOCUMENT_TOKEN_TO_BE_REPLACED

In recent years, national fiscal frameworks were further reinforced following the adoption of ground-breaking EU legal requirements such as the Budgetary Frameworks Directive, the Fiscal Compact and the so-called Two-Pack. A key requirement stemming from these developments was the establishment by Member States of independent fiscal bodies tasked with the preparation of macroeconomic forecasts for the budget, monitoring of fiscal performance and/or advising the government on fiscal policy matters. In this context, the Malta Fiscal Advisory Council was established on 1 January 2015, in terms of Article 48 of the Fiscal Responsibility Act, 2014.

On 2 March 2016 the European Commission Representation in Malta together with DG ECFIN organised a one-day workshop for the Malta Fiscal Advisory Council. The objective of the workshop was to further strengthen the work of the recently-established Council and to provide an opportunity for the two institutions to exchange views.

The largely ‘hands-on’ and highly interactive training covered key areas of fiscal surveillance including the preventive and corrective arms of the Stability and Growth Pact, legal requirements pertaining to national budgetary frameworks, the methodology used to estimate potential output and output gaps as well as the macroeconomic  forecast and fiscal projections also as they relate to Malta. 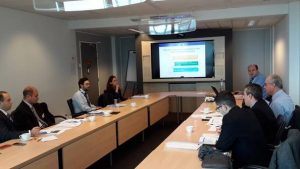